My Bicycle Is Probably The Coolest Thing I've Built 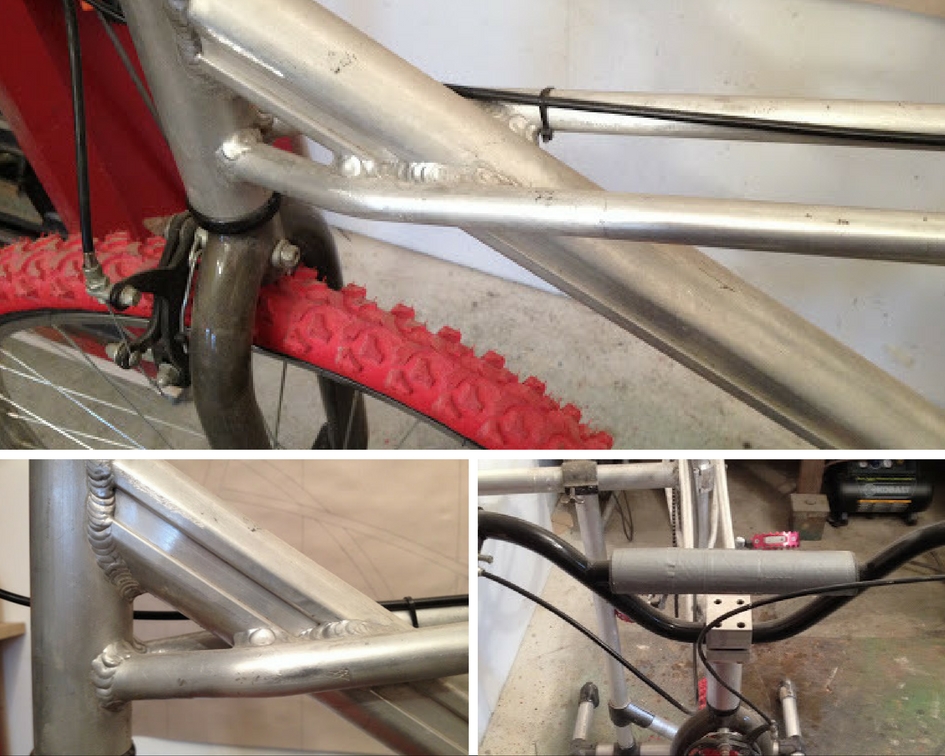 All my life I have been interested in building. When I was little I used cardboard, paper, tape, Legos, wood, metal, and fabric to create anything I wanted. Really, I love using anything I can to make something I haven’t made before. Other than being a self-proclaimed engineer, I loved BMX- more specifically the bicycle itself. I wanted to build one. As a kid I didn’t really think I’d spend the next 30 years day dreaming about bike building; but I gained all the necessary skills to do the job. I most definitely never thought the bike I would build would lead me to start my own bike shop.

At the Pennsylvania Academy of Fine Arts I began honing in on my skills while studying in their sculpture department. To survive as a steel sculptor, I also worked in the auto restoration business building hot rods. My second career was working as a painter and builder in the entertainment industry. At this point, I was 40 years old, and I realized I had all the skills and tools to build a bicycle at my disposal.

Taking design elements and geometry from some of the most unique names in 80’s BMX (SE Racing, Torker, and Haro) to create a life size drawing was the first step. After a few dozen renderings, a final blue print was made. For the sake of weight and rigidity I chose aluminum (6061 T3) as my building material. 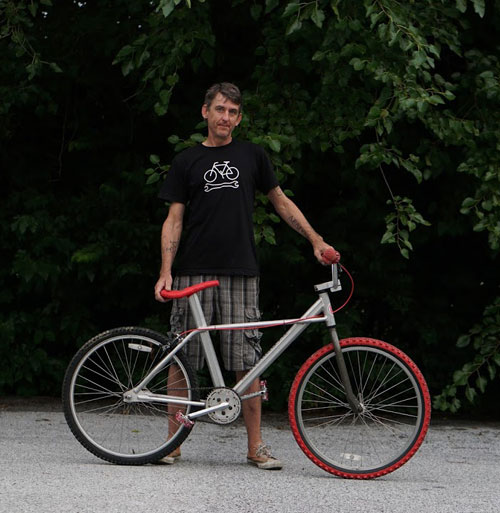 Most bicycle frames consist of a head tube, a bottom bracket shell, a top tube, a down tube, a seat tube, 2 seat stays, 2 chain stays, and 2 drop outs. Starting with the bottom bracket shell (2” American to keep it old school and easy) I fabricated each of the 10 parts, having them CNC’ed, coped, bent, milled, or drilled as needed. Next I placed the pieces into a three dimensional steel jig that I was simultaneously building.

After the frame was welded and removed from the jig (due to some poor planning on my part the jig had to be cut into about a hundred pieces to remove the frame) it was outfitted with only the raddest of old school parts, including: SE Landing Gear forks, Redline Big Block cranks, and CW cruiser bars.

My bicycle is probably the coolest thing I’ve ever built. I say this because it's a great combination of things I love; making things, bicycling, and thinking about something so hard that a fantasy becomes a reality. It also played a big role in the creation of my third career as owner of one of Lancaster County's coolest bike shops. In the future I hope that Barebones is not only a bicycle shop but a handmade bicycle, as well.

My Bicycle Is Probably The Coolest Thing I've Built

It seems that everyday you hear things similar to "our children don’t play outside enough" or "all they want to do is play video games or stare at their phones". Here at Barebones Bicycle and Fitness we don’t really know how to combat the overwhelming power of technology. However we can give you a list of really cool and fun outdoor gifts for this holiday season. more

SAY 'NO' TO THE DEPARTMENT STORE

Many people end up dissatisfied with their bicycle purchase from department stores. Read why. more

A CLEAN BIKE IS A HAPPY BIKE

Here are 5 great reasons for keeping your bike clean. more

In the name of safety and the long life of your bicycle here are 5 things you should check before you take a ride. more